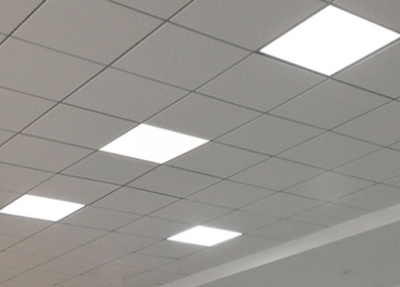 Modernizing the home or office in Jamaica with LED panel lights in place of old fluorescent ceiling lights is an easy and fast way to save on your Jamaica Public Service utility bills. Plus, the larger panels will provide a brighter environment and cut back on the time needed for regular maintenance. Here are eight of the practical benefits of installing this light option:

LED panels lights make it possible to benefit from a point-like light source. This makes it possible for designers to create a kitchen or office layout that takes full adventure of the effects and shapes produced by the lights.

One of the major plus points of the LED panel lights is the sealed design and high-quality reflective panels which result in a high level of brightness. Plus, the panels made with aluminum materials and photo-conductive plates are the preferred choice.

LEDs are known for their ability to dissipate a lot less heat which means power consumption is at a much lower level. With proper heat-dissipation little heat is noticed by those standing in small rooms in the home or office.

For More Info On LED Bulbs, Read Article Below

An LED lamp is an electric light or light bulb for use in light fixtures that produces light using light-emitting diodes (LEDs). LED lamps have a lifespan and electrical efficiency which are several times greater than incandescent lamps, and are significantly more efficient than most fluorescent lamps, with some chips able to emit more than 300 lumens per watt (as claimed by Cree and some other LED manufacturers). The LED lamp market is projected to grow by more than twelve-fold over the next decade, from $2 billion in the beginning of 2014 to $25 billion in 2023, a compound annual growth rate (CAGR) of 25%.[5] As of 2016, LEDs use only about 10% of the energy an incandescent lamp requires.

Like incandescent lamps and unlike most fluorescent lamps (e.g. tubes and compact fluorescent lamps or CFLs), LEDs come to full brightness without need for a warm-up time; the life of fluorescent lighting is also reduced by frequent switching on and off.  The initial cost of LED is usually higher. Degradation of LED dye and packaging materials reduces light output to some extent over time.

Some LED lamps are made to be a directly compatible drop-in replacement for incandescent or fluorescent lamps. An LED lamp packaging may show the lumen output, power consumption in watts, color temperature in kelvins or description (e.g. “warm white”), operating temperature range, and sometimes the equivalent wattage of an incandescent lamp of similar luminous output.

Most LEDs do not emit light in all directions, and their directional characteristics affect the design of lamps, although omnidirectional lamps which radiate light over a 360° angle are becoming more common in Jamaica. The light output of single LED is less than that of incandescent and compact fluorescent lamps; in most applications multiple LEDs are used to form a lamp, although high-power versions (see below) are becoming available.

Nowadays we can observe that it is more and more common to see the LED panel used in almost every industry. A LED panel is one kind of small display. It also can be a component of a larger display. In recent years it is becoming widely used in store signs, billboards, vehicles and many other areas in our life.

There are basically two types of LED panels including conventional panels and surface-mounted device panels. The two types are usually used in different aspects. The former kind is commonly seen and used on most outdoor screens and some indoor screens. The SMD technology is popular mainly in building most of the indoor screens on the market. Both of these two types have great uses in modern society.

Firstly, the LED panel can make contributions to energy saving by increasing the energy efficiency. These lights can do a favor to provide plenty of light without consuming much power. Also, these lamps can keep operational for a very long period and you may not need to replace them almost for years. So these new lights are really popular among companies. The traditional fluorescent tubes are gradually replaced by the LED displays which will draw much less electricity.

The LED lamp can provide light which has full spectrum as the white light has. But the spectra of a fluorescent lamp are not complete and some colors are not present. Thus clothing or makeup will appear different colors under the light. Some people will also feel tired in the eyes. The full spectra light produced by the LED lamp are the same with sunlight. The result is then much better.

LED lights can also help to reduce the consumption of natural resources because many companies will lower the power bills and save energy under the pressure of high initially installation costs of LED lighting.

LED floodlights are soon evolving into popular options for indoor and outdoor lighting purposes among Jamaican consumers. These lights are extremely powerful and can be used to adequately to illuminate large open spaces like stadiums, parks, streets, school grounds or even football field. They are quite different from conventional halogen based lighting systems which is still a common fixture in people’s homes. And yet, LED floodlights offer a whole set of advantages that can make it more apt for long-term use compared to other traditional lights.

For starters, LED floodlights lasts up to 50,000 hours longer than conventional halogen bulbs, and this is a “huge” difference in terms of durability. This also means that they have to be replaced fewer number of times which will help consumers save on expenses, considerably, in the long run.

Another major benefit of using LED lights is that, it consumes less energy when compared to other lighting systems used for similar purposes. For instance, a cockpit LED flood light draws only about 20% of the power that is required to light up a 55 Watts halogen light. The light here mimics all the positive attributes of a halogen bulb and yet draws lesser amounts of energy to function, which is quite economical. This makes LED lights more eco-friendly than most other lighting systems.

LED floodlights are also comparatively brighter than most of the halogen lights, meaning, one can use fewer number of LED lights to illuminate the same place when compared to the halogens. Even though LED lights are more expensive, power costs involved in the long run will be considerably lower than the halogen lights. This will enable the user to recoup the initial investment much faster with a huge drop in the power bills.

Another major benefit that comes with using LED floodlights is, they can be directed to strike at a particular location with the help of intensified straight beams of light that they are capable of generating. On the other hand, halogen bulbs emit light in all directions, resulting in scattered and poor illumination.

LED lighting systems also employ a cooling mechanism where a ventilating gland is incorporated into the floodlights design. The gland is in charge of maintaining air pressure within the light to that of the outer environment. As a consequence, LED lights also emit low levels of heat when compared to traditional lights.

This means, the energy radiation from the device is optimally conserved even during freezing winters. This way the emission of harmful radiations like infra-red and ultra violet rays are effectively contained. 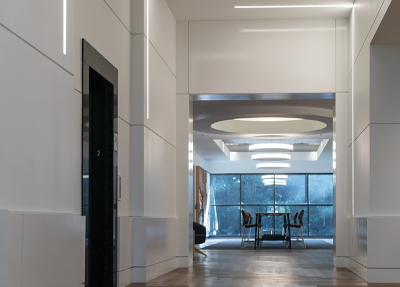 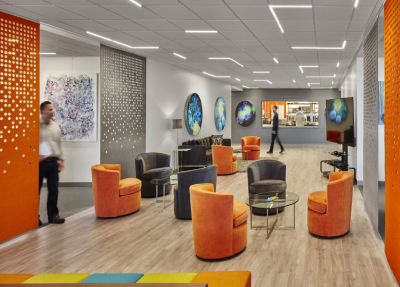 CESCO Limited Jamaica is pleased to intorduce the TBAR LED by JLC-Tech to the Jamaican marketplace. LED technology has now saturated the lighting industry, creating an enormous change in available lighting products. The market is flooded with LED lighting fixtures that re-create the old 2’x2’and 2’x4′ troffer and round down lights, resulting in LED designs that look just like […]